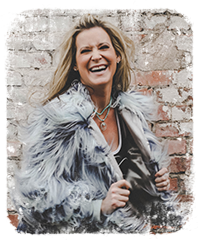 Jacque was born in Fairbanks, Alaska, but moved a lot as her father was the Project Manager on government construction jobs.  While living in Hawaii at 8 yrs. old, she found her vocal talent. A retired music teacher in the apartment complex overheard her singing the national anthem in the parking lot into a broom stick and introduced her to karaoke tapes.  Jacque’s mother took it from there.
A year later, the family moved to Montana and Jacque was singing in school concerts and entered in singing competitions all over the northwest.  At the age of 14, she won the state competition in the “Colgate Country Showdown” and advanced to Anaheim, CA for regionals.
Jacque graduated high school as Valedictorian from St. Regis, MT and went on to the University of Montana to pursue an Accounting degree, all the while still singing competitively.  Two years later, she met Nate (bass guitarist), and in 2003, they got married and have two beautiful children. She loves the country lifestyle and singing country music, and credits her “rock edge” on stage to listening to her father’s classic rock tapes when she was young.  Jacque is the lead singer of CMB, plays acoustic guitar, and finds passion in performing and songwriting. She has written numerous songs, including the highly requested CMB singles “Cowgirl Like Me” and “Beers and Beers Ago.” 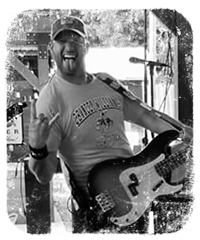 Nate was born in Troy, MT where he was raised on the family homestead on Copper Mountain.  Coming from a family of musicians, Nate started playing guitar at the age of 10, and picked up the bass at 15.  He started playing professionally at 16 as the bass guitarist in a local band. When he is not on the road, Nate loves everything Montana has to offer: riding horses, hunting, fishing, camping, and partaking in all of his kids’ sports and activities.
Nate is the technician, sound man, and leader for the band.  He also co-writes with Jacque, assisting lyrically on “Beers and Beers Ago” and “One Hell of a Party.” 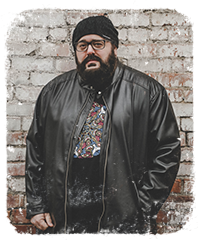 DC was born in Dallas, TX, and relocated to the Northwest as a teenager. He got the music bug as soon as he put headphones on for the first time and there was no looking back! He immersed himself in every style of music he could get his hands on. Dave played his first gig at the local Boys & Girls Club at the age of 14.
DC went on to study music at the University of Idaho & S.F.C.C. Since then, he has been playing in bands (guitar, bass, lap slide) ranging from rock, country, top 40, blues, funk, hip hop, and jazz. Dave has had the pleasure of opening for such acts as; Kansas, Cody Johnson, Kip Moore, Skid Row and Kane Brown. Currently, Dave is in his 20th year of teaching music. 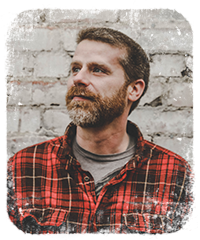 Keith has been entertaining audiences with keyboard instruments around the Pacific Northwest and beyond since the age of 17. He took his first lessons on the piano in the style of Blues at the age of 15 from Steve Barkhurst at Washington State University. He is a very energetic and soulful keyboardist that plays mostly in the style of rock, country, blues, metal and jazz.
Keith has played with many bands around the Spokane area over the years and has recorded as a studio musician on many artist-recording projects in the area. Keith is currently working as a professional musician in two bands and teaching piano. He is definitely a huge fan of tearing it up on the keys!!! 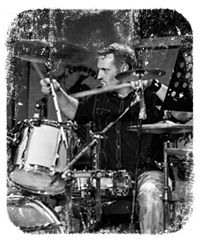 “Johnny” has been a professional drummer for 30 years. Based in the Northwest, he began with a Spokane drum and bugle corps named Percussion-Naut Patriots and later moved on to compete with the Marauders in DCI for 5 years.
After competing with the Marauders, Johnny began to write and teach for various percussion programs including North Central H.S., Central Valley H.S., and Gonzaga University. Over the last three decades, he has made a point of playing numerous styles to increase the breadth of his expertise from Jazz to Rock, Country to Classical, Latin to Electronic and everything in between. He is also a founding partner and writer for the original fusion band Ictus.  In 2010 Johnny began his journey with Copper Mountain Band to cover their first European tour in France and still loves life on the road with them now!