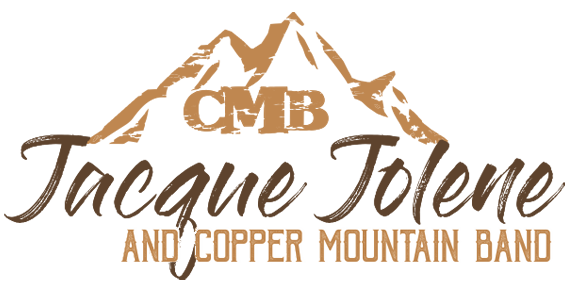 Jacque Jolene and Copper Mountain Band have been wowing audiences all over the US and abroad since 2007.

They have played over 150 shows a year to include venues like the Grizzly Rose in Denver, CO, The Pendleton Roundup in Pendleton, OR, Missoula, MT Forester's Ball, The World Famous Miles City Bucking Hose Sale, Disneyland Billy Bob's in Paris, France not to mention numerous fairs, festivals and rodeos. CMB has opened for acts like Eric Church, Jake Owen, Josh Turner, Sawyer Brown, The Nitty Gritty Dirt Band, Three Dog Night, Night Ranger, Jerrod Niemann, and Robert Earl Keen just to name a few. They are a high-energy country group with a flare for rock 'n' roll that you won't want to miss seeing live!

With a fiery presence, lead singer Jacque Jolene continues to engage her audiences in her own brand of country music! Jacque recently signed a song-writing contract with The Goodland Group in Nashville, TN and plans to continue pursuing her passion for original music while at the same time, playing everyone's long-time favorite tunes! Jacque and CMB released their 2nd studio album in 2014, "Country Comin' Out In Me" - a Jacque Jolene original.

With plans to record again on the horizon, you can expect some amazing original tunes to be coming your way soon!

No Calendar Events Found or Calendar not set to Public.